A majority of the Québec Court of Appeal has ruled that evidence obtained from an employer’s surveillance of an employee on sick leave is admissible at arbitration where the employer has reasonable grounds to undertake the surveillance.[1]

Facts of the grievance

An Employee was on sick leave with a work-related shoulder injury and was in the parking lot of a medical clinic on her way to a medical appointment with a doctor designated by the Employer. Unbeknownst to the Employee, the doctor was also parking his car and saw her get out of her vehicle normally and lift her purse onto her shoulder with normal range of motion. However, during the appointment that followed, the Employee informed the doctor she was experiencing shoulder pain and was having trouble with everyday activities including putting away dishes, washing her hair, and driving.

As a result of the discrepancy between the doctor’s observations in the parking lot and the Employee’s self-reported abilities, the doctor provided an opinion to the Employer that she was exaggerating her condition. He also recommended that surveillance be conducted on the Employee, that she be requested to return to work, and that his report be forwarded to her family doctor.

The Employer proceeded to conduct one day of video surveillance of the Employee. The doctor reviewed the video and confirmed his opinion that she was not having issues with her shoulder. The Employer terminated the Employee, citing her deceptive behavior.

The union grieved the termination and objected to the admissibility of the surveillance footage at arbitration.

Surveillance evidence admissible where there are reasonable grounds to undertake it

The Court of Appeal ultimately affirmed that the appropriate test for whether employee surveillance evidence is admissible is whether the surveillance itself is reasonable. In this case, the Court found that the Employer had reasonable grounds for surveillance based on the opinion and recommendations of the doctor who personally observed the discrepancy between the Employee’s conduct in the parking lot and her self-reported abilities.

Key takeaway for employers in Canada

This case provides a good refresher on when surveillance of an employee on leave may be considered reasonable. First, the employer must be able to establish that there is reason to believe the employee has engaged in fraud or improper conduct with respect to their leave from work. Second, the surveillance itself must be conducted reasonably. And third, the employer should attempt alternative methods for obtaining the information before resorting to surveillance. 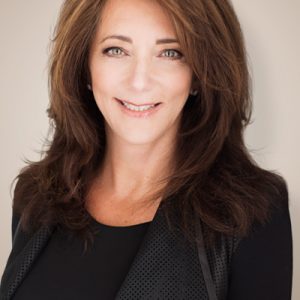 Nancy is the Founder & Principal of Barteaux. She acts for employers in all manner of employment-related issues, including complex disputes and collective bargaining negotiations. As a senior labour and employment lawyer with a proven track record of success, she is recognized in Nova Scotia and across Canada. Nancy has appeared before all levels of court in Nova Scotia, as well as the Supreme Court of Canada.