Roughly every 10 years the SCC releases a landmark employment law case: Machtinger, Wallace, Keays, Potter, and now Matthews v Ocean Nutrition Canada 2020 SCC 26(“Matthews”).The principles affirmed in Matthews are not strictly new to any experienced employment lawyer. However, the commentary of the Court will likely have far-reaching consequences for employers drafting and reviewing employment and ancillary agreements governing bonuses, stock options, and various other incentive-based plans.

The two main issues in this case were contractual clarity of the LTIP and the role of good faith in employment law. However, there is a plethora of interesting obiter commentary regarding whether:

These questions are a preview of the hot button issues in employment law litigation that will likely follow this decision.

As the judge in the first instance stated, arguments regarding good faith in Matthews were ‘a bit of a moving target’ and that remained the case throughout.

The SCC found that since this was a dismissal case it was not appropriate to consider an expansion of the principles of good faith in employment law based on the factual record before it. However, the court confirmed that Potter expanded “the manner of dismissal” to include the events leading to a constructive dismissal where those events are part of the dismissal.

Despite obiter comment regarding the possibility of an expansion of the duty of good faith with the right factual matrix, the court strongly cautioned that pursuant to Bhasin the common law should develop in an incremental fashion. Matthews does not settle this area of law and the comments in obiter likely will not quell the abundance of employment law litigation regarding good faith principles since the release of Bhasin.

Employers looking to review their employment and ancillary agreements for enforceability in the wake of the Matthews decision should be mindful of the employment law principles re-affirmed in this case, namely:

The SCC found that courts and employers alike have conflated the separate legal concepts of notice and payment in lieu of notice affirming that a failure to give notice, even if offering a payment in lieu, will be a breach of that implied term resulting in a wrongful termination.

The SCC in this case elevates the requirement for clear and unambiguous language in a contract – the language must absolutely be clear. The contract in this case contained a condition precedent requiring the employee to be a “full-time employee of ONC” and stating the agreement was “of no force and effect if the employee ceases to be an employee…regardless of whether the Employee resigns or is terminated, with or without cause”.  There was also a clause deeming employment in certain circumstances such as retirement.  Further a general provision stated the LTIP did not “have any current or future value other than on the date of a Realization Event and shall not be calculated as part of the Employee’s compensation for any purpose, including in connection with the Employee’s resignation or in any severance calculation.

The court rejected the wording of clause 2.03 on two points: (1) affirming that clauses requiring “full-time” or “active” employment are not sufficient to remove an employee’s common law right to damages (as an employee remains ‘employed’ until the end of the notice period) (2) the reference to “with or without cause” was insufficient as Matthews suffered an “unlawful” termination, not covered by the language in the clause.

Most interestingly the court goes on to state that even if the clause had included the term “unlawful” termination (identified by the court as the exact circumstances in this case), this clause would still not have limited Matthews’ entitlement.Why? When calculating wrongful dismissal damages, or pay in lieu of notice, the employment contract is not treated as “terminated” until the end of the notice period.

Finally, the use of the word “severance” in clause 2.05, intended by the employer to limit entitlement to the LTIP during the notice period (and understood by the employee to do so), was not sufficient. Unlike Ontario, “severance” is not an entitlement under the Nova Scotia Labour Standards Code. The SCC has affirmed that “severance” is a distinct concept from wrongful dismissal damages, and a failure to utilize the appropriate legal term in the contract rendered this clause unenforceable for its intended purpose.

It is important to note that the contract in this case was not an employment contract – it was an ancillary contract made for the dual purpose of rewarding contributions and keeping employees loyal to ONC until a realization event. The vesting date for the bonus in this case was not set, the bonus would vest only when and if the company sold.  At the time Mr. Matthews left the company (to accept a position he found prior to resigning which fully mitigated any obligation of salary in lieu of notice and annual bonus entitlement), there was no sale pending or even on the horizon. The sale of ONC was started and completed entirely after Mr. Matthews left employment, during which time the company had significantly increased in value (thereby giving Mr. Matthews the benefit of the increased value despite not having stayed and contributed to that increase in value during the 13 months).

Despite this, the SCC found that Mr. Matthews was prima facie entitled to the bonus because the bonus vested during the notice period. This retrospective analysis of entitlement poses a problem for employers who offer these types of speculative incentive packages to employees. Consider here that there was no ability to calculate a value of the LTIP on the date of resignation since there was no realization event.  How does an employer negotiate a valid end of employment agreement in these circumstances?  What would a court have ordered if deciding this case prior to the sale of ONC with no prospect of sale on the horizon?

Ultimately, language matters. Employment and other ancillary contracts are subject not just to general contract principles, but contract principles specific to employment law. Employers should review exclusion clauses to make sure their language is “absolutely clear and unambiguous”- if such a hurdle can be reached.

Employers have always had an uphill battle in enforcing clauses that limit the rights of employees when employment ends. However, the SCC seems to have raised that already high bar in this case. One thing is for certain – this case is not likely to reduce the increasing litigation examining the enforceability of employment contracts, stock option plans, or incentive agreements. 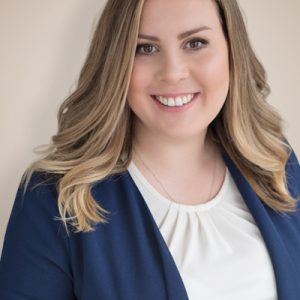 Kate is an Associate at Barteaux. Her practice encompasses all areas of labour and employment law, including advising employers on management issues and terminations in unionized and non-unionized settings, drafting workplace policies, and representing employers at labour arbitrations, administrative tribunals. Kate has appeared before all levels of court in Nova Scotia as well as the Supreme Court of Canada.